From Teulada to Nuraghe Sa Peldaia 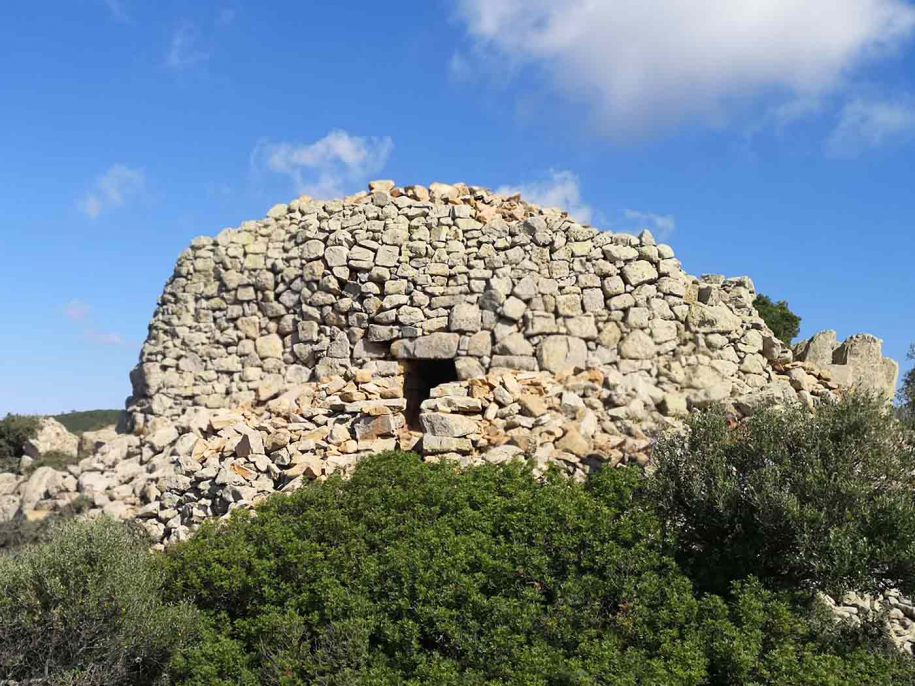 From Teulada to Nuraghe Sa Peldaia

The nuraghe of Sa Peldaia is among the most intact of those remaining in the territory of Teulada. The Nuragic civilization developed in Sardinia in the Bronze Age, ie between 1800 BC and 230 a.c. In the territory of Teulada there are about 30 nuraghi of which many have completely collapsed. The route crosses an area with low Mediterranean scrub with lentisk, myrtle and arbutus bushes. Only in the highest part we find holm oak and phillyrea trees. It starts from the new dam of Teulada and proceeds on an old road used in the last century to go to Cagliari. After 5 km you will arrive at Sa Mitza de sa Frazia (the source of the maidenhair) 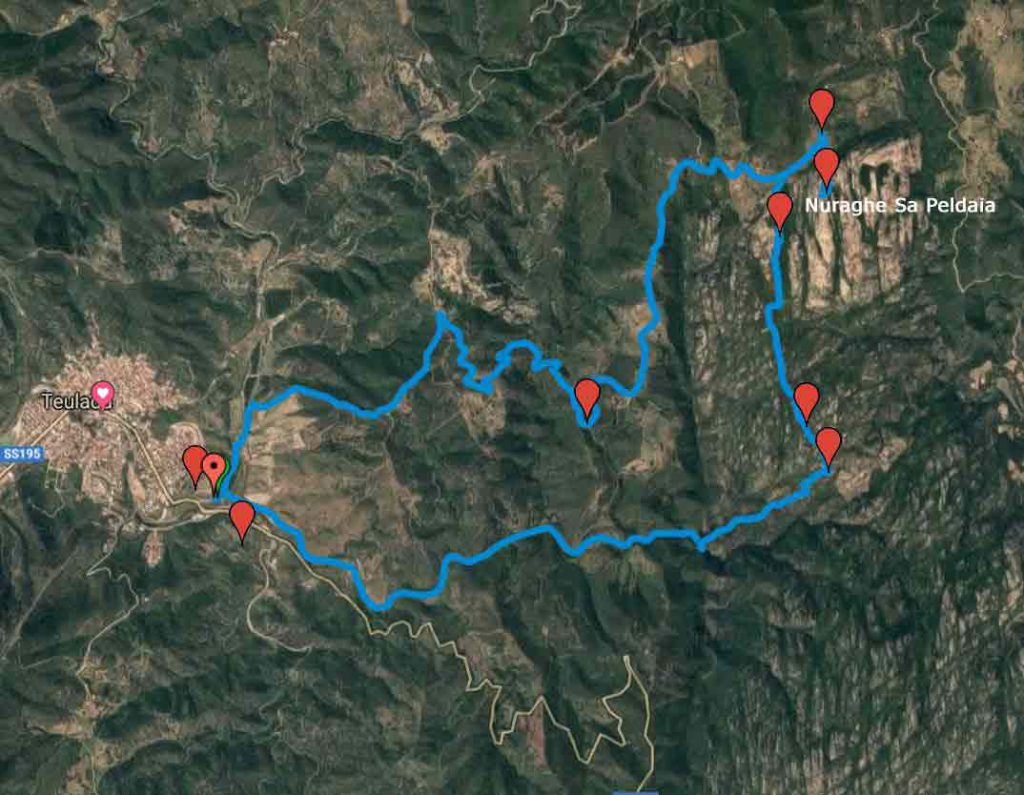 From here the path starts to climb, passing over old ruins of ancient farms and then arriving at a beautiful view of the valley and the nuraghe Ziu Giuanneddu. After about 8 km you reach the area called Muceli, from here we see the nuraghe on the left. We make a small pause then we begin the steep climb towards the nuraghe that is around 800 meters. 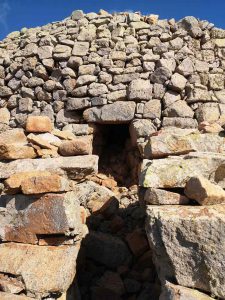 From the nuraghe the view is spectacular, other nuraghi, Orbai and Ziu Giuanneddu and the valley are visible. The nuraghe has an entry still intact. Here we can enter a few meters and we can see two passages that lead to the upper part of the nuraghe (I advise against entering inside due to the risk of collapse) 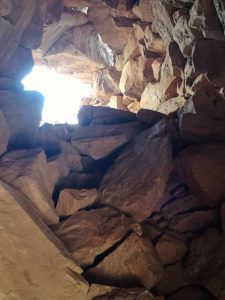 Before starting the descent we still enjoy the scenery and let ourselves be enveloped by the scents of the Mediterranean scrub.

The return to Teulada

For return we make a different path that, after a few kilometers passes near the nuraghe Orbai that we find again on the left. At kilometer 11 of our route we decide to turn right to go through Monte Lapera and from here to get to Teulada for an old track called Su Camminu Longu (the long path). The length of the route is about 16 km, for the most part you go along old carriage roads with areas of low vegetation, so it is advisable to do it in cool periods to avoid excessive heat. In several stretches the path is full of stones that make the path dangerous. It is advisable to equip yourself with mountain boots and trekking poles 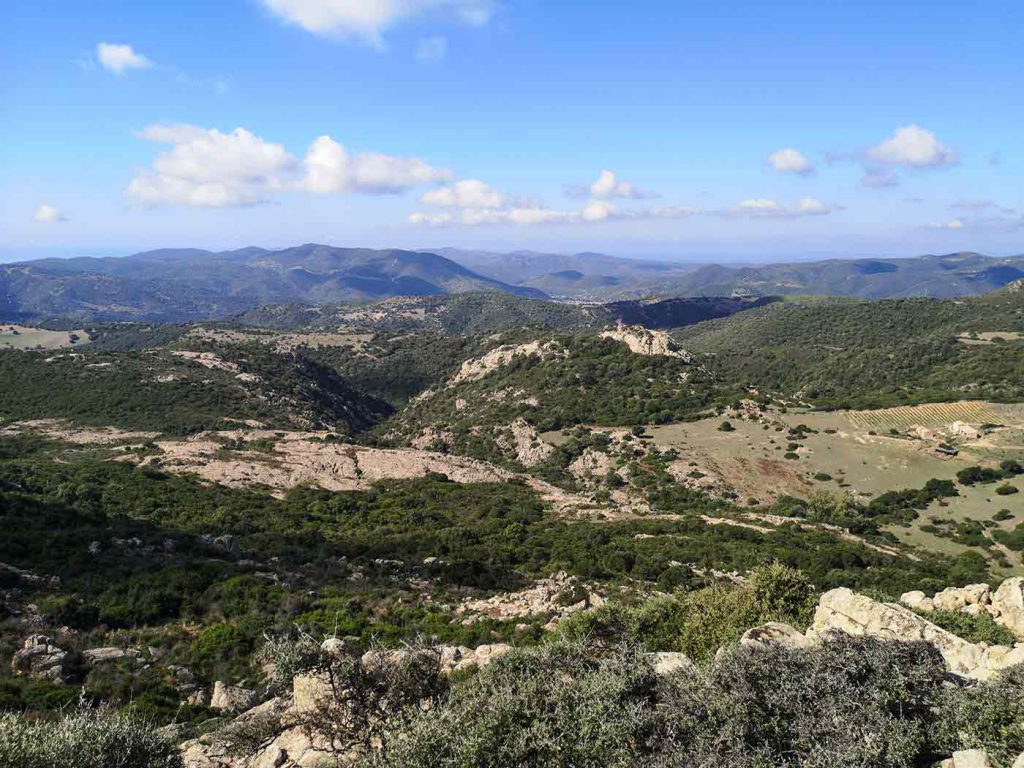